Though it’s technically the holiday season, and we should be writing about holiday-themed video games, we’re still playing catch-up after a busy personal year, and we have a Halloween-themed game that needs to be talked about. That game of course is LUIGI’S MANSION 3, and while we’re not crazy late to reviewing this one, we’re still behind. But that’s not going to stop us from reviewing one of our favorite Nintendo Switch titles from this year!

LUIGI’S MANSION 3 is the perfect blend of the previous entries in the series, with plenty of new features and stunning visuals piled gorgeously on top. It sees Luigi and friends receiving a mysterious invitation to a luxurious vacation resort somewhere in the colorful countryside of Mushroom Kingdom. We begin the journey as Luigi and his pals (Mario, Peach, Polterpup, and a smattering of Toads) arrive at the resort and meet their glamorous host Hellen Gravely (because there’s absolutely nothing suspicious about a name like Gravely). At first, everything appears to be going swimmingly—the high-rise hotel is a elegant throwback to Golden Age Hollywood hotels (think Tower of Terror meets Mario). Of course, all is not what it appears to be, and it turns out this vacation invite is an elaborate trick orchestrated by Hellen Gravely and King Boo to lure Luigi and his friends into a trap set for them. 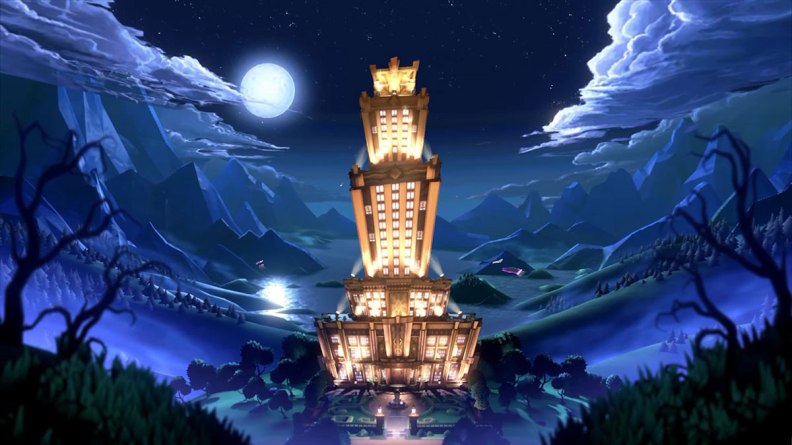 Luigi realizes this upon waking up from a nap in his hotel room. He finds the mood of his surroundings has changed dramatically, and his friends are all missing. As he explores the empty corridors, the hotel appears to be rundown and abandoned (and also very haunted). Luigi comes face to face with King Boo, who reveals himself and his plan with ghoulish delight before Luigi is plunged into the basement of the hotel. From here the player is tasked with recovering missing elevator buttons from the various ghosts haunting the many floors of the towering hotel. As you explore each floor and encounter each boss ghost, you retrieve a new button which unlocks a new floor.

The gameplay is similar to the previous two titles in the franchise, and largely involves catching ghosts with your trusty Poltergust. All the tools and utilities from the previous games are present in this one, with the addition of two fancy new ones. The Virtual Boo is a navigation device containing the world map and also allows the famous Professor E. Gadd to communicate with Luigi whenever necessary. Also along for the ride this time is the now-famous Gooigi, a gooey Luigi clone who can slip through drains and grates, and can safely pass over surfaces that would harm Luigi. Gooigi is without question the most fun new addition to the franchise, and unlocking him really opens the game up to all sorts of new treasures and hidden secrets. As if that weren’t already enough, a second player has the option to join in on the fun and play as Gooigi, though the mechanic also handles shockingly well in single player mode.

The visuals of LUIGI’S MANSION 3 are really the cherry on top of this spooky sundae. This game is stunning to look at, with vivid colors and fantastic level design. Each floor of the hotel has its own theme, which goes a long way to making the game feel consistently fresh and diverse. There’s an Ancient Egypt floor, a Pirate floor, a Medieval floor, and many more. With an abundance of secrets and Easter eggs, you will feel compelled to explore every nook and cranny of each hotel floor. The combat remains as satisfying as ever, and while the game doesn’t offer much challenge to experienced gamers, it very clearly is all about the experience itself. 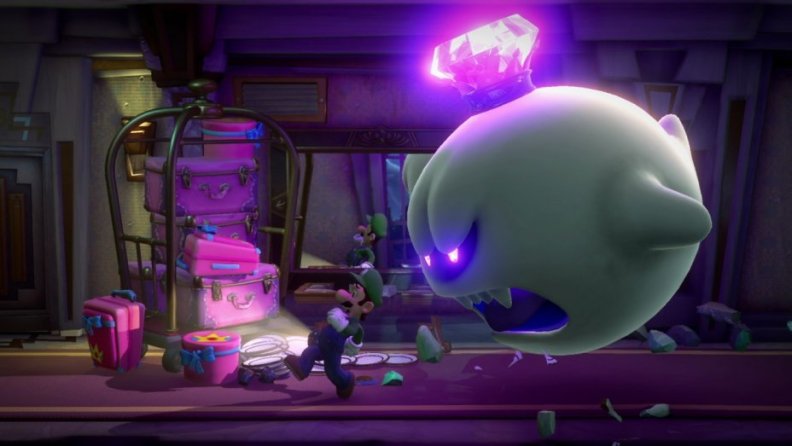 I’ve talked with Jake at length about the game, and our only complaint is that the game is relatively short. I came close to nearly completing all there is to do in the game, and I only clocked about 20 hours of total gameplay. This felt much too short for such a fun game, and I only wish it could have gone on for an additional 10 hours or so. But if your only complaint is that a game is too brief, it only speaks to the game’s entertainment value. LUIGI’S MANSION 3 is an absolute riot, and is not to be missed for those who own a Nintendo Switch. Easily one of my personal favorites from 2019, and my favorite title in the franchise to date. We love Luigi!!!