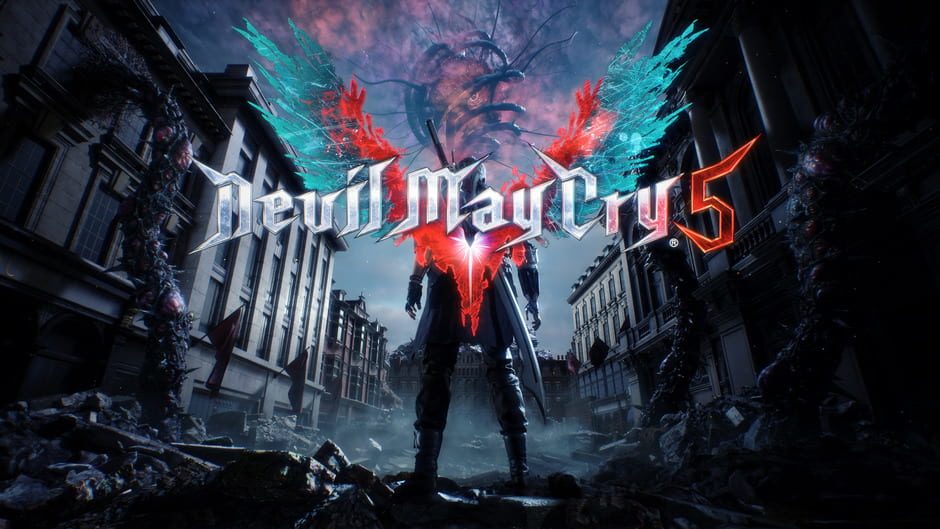 Another week, another sequel to a beloved Japanese action game franchise fans have been waiting with bated breath for over 10 years. But that’s where the similarities end between Kingdom Hearts III and Devil May Cry 5. This time around, instead of a decade’s worth of continuity, Capcom’s stylish action franchise that redefined hack-and-slash gameplay way back in 2001 has to wrestle with a decade’s worth of fan expectation. From famously disappointing the masses with Devil May Cry 2, masterfully perfecting the genre with the prequel Dante’s Awakening, going in half-baked for its fourth installment, and making fans tear their hair out with a controversial Ninja Theory reboot, this series has no shortage of baggage.

The goal for Devil May Cry 5 is threefold: returning the series back to prominence after Bayonetta took the spotlight, bringing closure to the Sons of Sparda storyline, and proving that just action games with really good combat can thrive in a market dominated by open world timesinks and battle royales. Does this comeback prove itself a D-rank disappointment, or an SSS-rank superbly stylish spectacle? 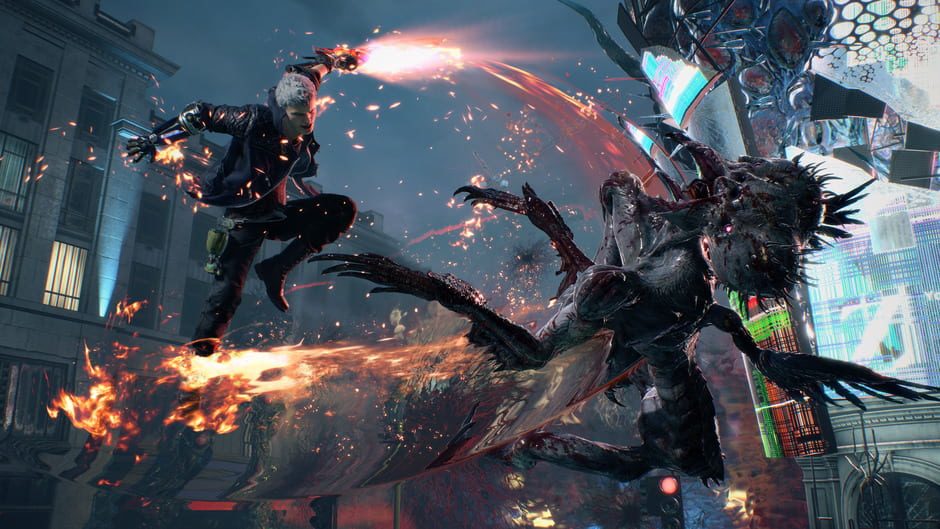 Despite being a direct sequel to Devil May Cry 4, players need not be familiar with previous games in the series. It might expedite the learning curve and make certain narrative beats hit harder, but a “History of DMC” video can cover the basics, and the framework is about as straightforward as can be. To wit: A giant life-sucking tree has appeared in the middle of Red Grave City, controlled by the demonic king Urizen, and the only ones capable of fighting back are returning characters Nero and Dante, along with the mysterious newcomer V.

While the journey is ultimately more rewarding than the destination, with some characters being underused and the ending a bit rushed, that journey does a great job mixing intense action with lighthearted comic relief. Nero’s mechanic friend Nico, responsible for upgrading his detachable Devil Bringer arms, has some of the best jokes in the whole game, making her a welcome sight amid all the demanding, supremely rewarding combat. 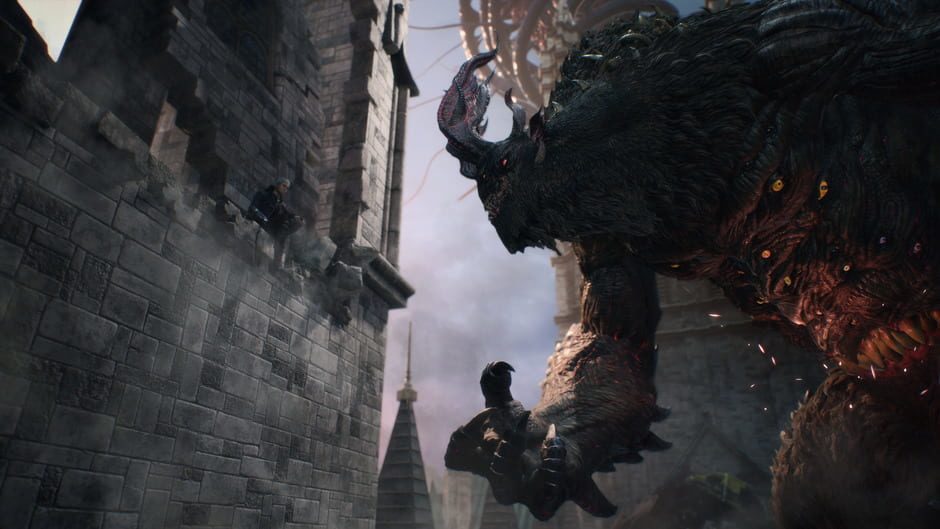 Describing the combat of DMC5 in basic terms is almost as hard as coming to terms with all three fighters, as each one possesses the depth and nuance to carry a whole game on their own. But performing well comes down to two factors: length and variety. Mashing buttons and spamming the same moves are not just heavily punished, but gaining high rankings relies on changing up your approach. Apart from bragging rights, higher ranks at the end of each mission also lead to higher payouts in Red Orbs, the currency for buying new techniques. Even starting out, Nero, V, and Dante have an almost intimidating number of tools.

Nero returns from DMC4 with largely the same toolkit, but with one new tool, the previously mentioned Devil Bringers. These prosthetic limbs come in a variety of flavors with powerful attacks that can be charged up, but must be used cautiously. Using the charged attacks or getting hit while using them causes them to break apart. Additionally, the order of Devil Bringers cannot be changed on the fly, forcing you to commit and plan ahead of time.

V, the second character, almost does no fighting, at least not directly. Instead, he relies on a trio of familiars (Griffon, Shadow, and Nightmare) for attacks, but with a twist: He must deliver the final blow personally. He also needs to stay close, so his familiars can regenerate health, putting a much greater emphasis on relative positioning.

Along with these two is Dante, also based off his incarnation from DMC4. His big hook is having four different guns, melee weapons, and combat Styles to switch from on the fly. Each one assigns a different function to the B/Circle Button: Trickster adds extra dodges, Swordmaster offers more attack options, Gunslinger emphasizes crowd control, and Royalguard heavily emphasizes careful timing and defensive play. 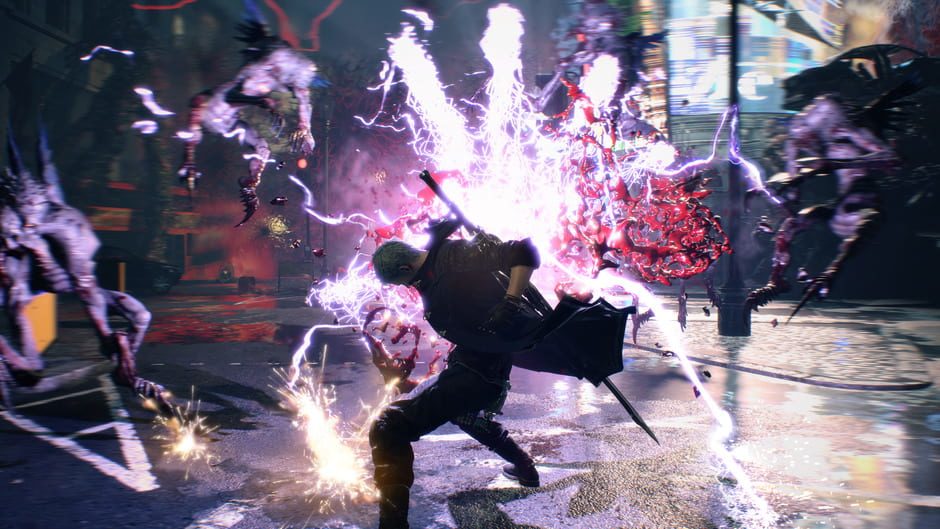 The fact each playable character needed a whole paragraph just to scratch the surface makes DMC5 sound intimidating and overly technical, but those worried about being overwhelmed have little to fear. Competency is more important than having breadth of skill or knowledge, so while it pays dividends learning and mastering as much as possible for perfect runs, you can also find what works and stick with it. In that regard, the game strikes a critical balance: even playing on easy with auto-assist can be tricky at points, but the challenge never gets so unfair as to be impossible.

It also helps the game performs very well, at a mostly consistent 60 frames per second, and enemy attacks are all clearly telegraphed with learnable visual cues. Enemies themselves are vastly more varied, avoiding the constant recycling and redundancy DMC4 famously succumbed to, and making for a fluid difficulty curve.

While DMC5 makes good on improving the most important aspects of action games, it does fall short in a couple areas. The level design mostly consists of linear hallways and open arenas, with just a few basic puzzles to slow down the pace. Exploration is encouraged to find secret missions and collectibles, but the second half especially can feel tedious due to a lack of visual variety. The idea of other players in the same mission also feels undercooked; instead of online co-op in some missions, other characters can be seen playing at the same time in other parts of the map, similar to time trial ghosts in a racing game. It never ruins the experience, but a lack of proper multiplayer is a major oversight. 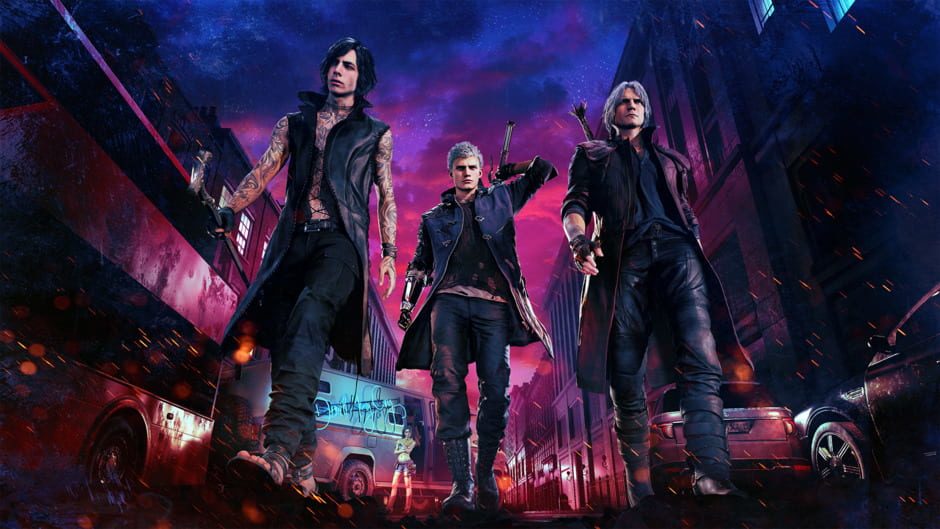 Nevertheless, DMC5 brings this venerable franchise into the next generation with SSStyle, acting as a glorious finale to the Sons of Sparda saga. New mechanics and refinements make for challenging, satisfying spectacles, and the boss encounters are among the best of any recent action game. More than anything, DMC5 proves that quality games need not always be bloated, open-world time sinks with loot boxes, crafting systems, and a battle royale mode.

Sometimes, all you need is just an action game with really good combat.

One Reply to “Devil May Cry 5 Review: To SSStyle is Human”