Everyone has their own holiday and seasonal movie and television traditions. Some people make a point to watch the Charlie Brown specials for Halloween, Thanksgiving, and Christmas. Other people need to watch Nightmare Before Christmas either in October, December, or both. My mom’s ritual is watching Emmet Otter’s Jugband Christmas while decorating the tree. I have one that’s a bit more recent but deserves as much recognition as these cult classics: Over The Garden Wall.

Over The Garden Wall was a single-season animated miniseries that premiered on Cartoon Network in the early 2010s. This was right during a golden age for CN, when Adventure Time was still a fun, goofy, and bizarre adventure show that didn’t get bogged down in “the feels” and the absurd Regular Show that was funny to kids but clearly made with young adults in mind. Both shows airing around the same time put CN back on my radar, which led to me seeing a promo for OTGW. It starred Elijah Wood and also featured Christopher Lloyd in several episodes, as well as guest voice work from John Cleese and Tim Curry. The animation evokes classic Americana and a design aesthetic reminiscent of old cartoons, such as Betty Boop and Steamboat Willy.

The story follows two brothers and their friend Beatrice, a blue bird, as they travel through the woods—young Greg with his irrepressible optimism and pet frog that changes names as often as Greg desires and the ever-worrying teenaged Wirt played by Elijah Wood. They butt heads from time to time in their adventures, but you see the love they have for each other and Wirt’s desire to keep his younger brother safe and protected.

Each episode shows the brothers coming across a new town, house, or generally freaky person. All the encounters wonderfully evoke the feelings of fall and autumn, with brown and orange hues, a town of pumpkin-headed individuals that seem like a cult, a mysterious and dangerous Beast that follows them, and plenty more.

Because of its status as a miniseries, the show never outstays its welcome and has a complete and satisfying beginning, middle, and end. And the fact that the episodes are 15 minutes apiece makes the entire series the length of a movie or a little bit longer. It makes me wish for more short-order shows designed to tell one story very well and end when it is narratively right. 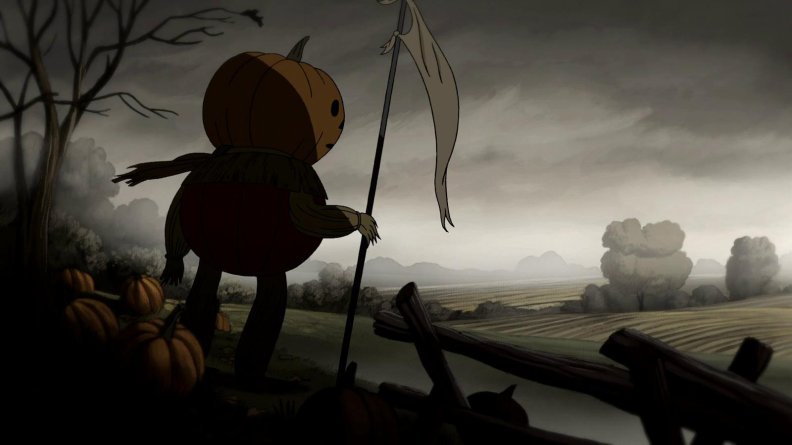 Next time you’re looking for a pleasant night in and want something that will keep you in the Fall spirit, make some potatoes and molasses and check out Over The Garden Wall.