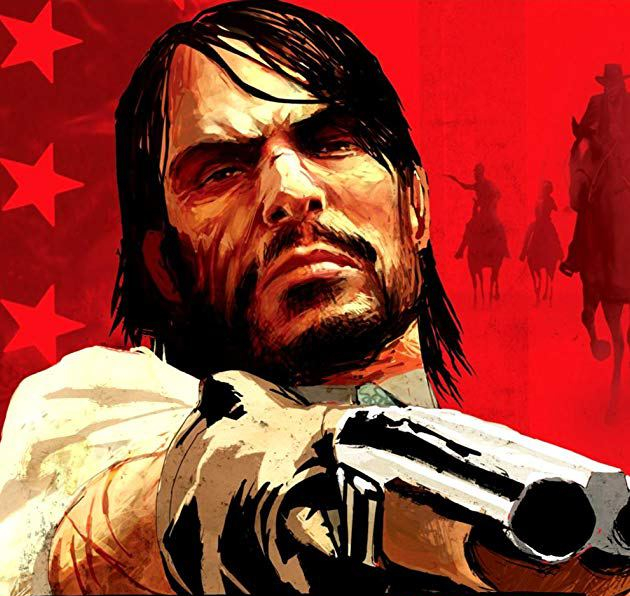 There is something mythological about the untamed nature of the early American West. Nothing else captures the same sense of adventure and lawlessness as a tale of a cowboy rolling into town and taking care of the evil bandits plaguing the defenseless townsfolk.

The sharp-eyed gunslinger with a code of justice is a character I love to see across all types of mediums. Last console generation, Rockstar Games captured the pure essence of being that frontier vigilante to a near-perfect tee in Red Dead Redemption. Later this month, the long anticipated sequel is releasing and looks to be a worthy successor from all appearances.

To celebrate and scratch the itch that gamers are feeling as they eagerly await Red Dead Redemption 2 to come out, I figured I would detail some great Westerns that the first game is reminiscent of and what other movies seem to be inspiration for the sequel. While both are sure to feature plenty of overlapping themes, I am going to try and separate them by general structure: the lone gunman for John Marston’s story in the first game and the posse adventure for Arthur Morgan and the rest of Dutch’s gang.

The lone vigilante hero stories of Westerns are some of my favorites. These often follow one man against impressive odds, often taking out an entire camp of bad guys almost single-handed or with slight support from a minor character.

Heroes in these stories can range from being the brave, hardened sheriff that takes a stand for all of law and order to the neutral party that blows into town and deals out justice as he sees fit.

Just like John Marston, they often try to leave the world a better place, though how they do so is up for interpretation. This desire might be due to an attempt to “balance the book” and make up for misdeeds in the past or from a righteous belief in being the beacon of order in a lawless land.

A Fistful of Dollars and The Good, the Bad and the Ugly

Clint Eastwood and Sergio Leone mastered this aspect of the Western. When anyone thinks of a vigilante Western hero, I dare them not to imagine Eastwood in a poncho and wide brimmed hat, with his hand ready to draw his revolver.

Without a shadow of doubt, it’s the Eastwood Man with No Name trilogy that had the most influence on Red Dead Redemption.

A Fistful of Dollars is a fantastic film that’s pretty straight forward. It features Eastwood essentially on his own taking out a band of desperados that have been terrorizing the locals. However, he doesn’t do it out of the pure goodness of his heart, nor in the noblest of ways. He plays factions within the group off of each other, seeks great rewards, and uses trickery to gain the upper hand. This gray morality is reflected in Red Dead time and again.

The Good, the Bad and the Ugly has similar themes of moral grayness and selfish drives. This is often cited as the greatest Western ever—and for good reason. Eastwood plays off of two other leads, each taking the titular roles of The Good, the Bad and the Ugly. What I find interesting is that the differences between the three aren’t all that clear. At least, it isn’t black and white.

Eastwood, The Good, still wants that money the same as Lee Van Cleef, The Bad, and Eli Wallach, The Ugly. It only comes down to what each is willing to do to acquire said money.

Once Upon a Time in the West

Okay, I know I already cheated a little with combining the first two into a single entry, but Leone deserves to be on this list as many times as I can justify it! This time, sans-Eastwood but with excellent performances by Henry Fonda, Claudia Cardinale, and Charles Bronson; the story feels a little different.

While the Man With No Name movies were excellent for basing the main character on, Once Upon a Time In The West is included for its villains. Henry Fonda’s Frank is a perfect template for a Western game antagonist, as is Morton the Railroad baron.

This is the only John Wayne film I have seen, and I only just saw it recently. It was an interesting experience, considering the current political climate as opposed to when this film was made.

Wayne’s character being a former Confederate soldier was an interesting choice, for instance, and some of the depictions of the Native Americans were clearly products of their time, though I can’t actually say that the characters’ opinions of the Comanche were “wrong” for the time period it took place in.

I am including this one less because of the story but rather the dissonance between Wayne’s Ethan Edwards and the strange people he has to put up with. In Red Dead, you have side quests known as strangers and freaks; and boy is that accurate. Both this movie and the game contrast the extraordinary efficiency of the protagonist with the bizarre ineffectiveness of the supporting cast in surprisingly similar ways.

While I am far from an expert on cowboy films and Westerns, I love a good shootout, and I hope you enjoy these movies. I know the Man With No Name movies were a given, but their influence is worn proudly all over RDR and could not go without mention.

What movies did I miss? What are your favorite Westerns?

Stay tuned for part two of this post, where I’ll compile another list intended to get ready for the highly anticipated Red Dead Redemption 2.