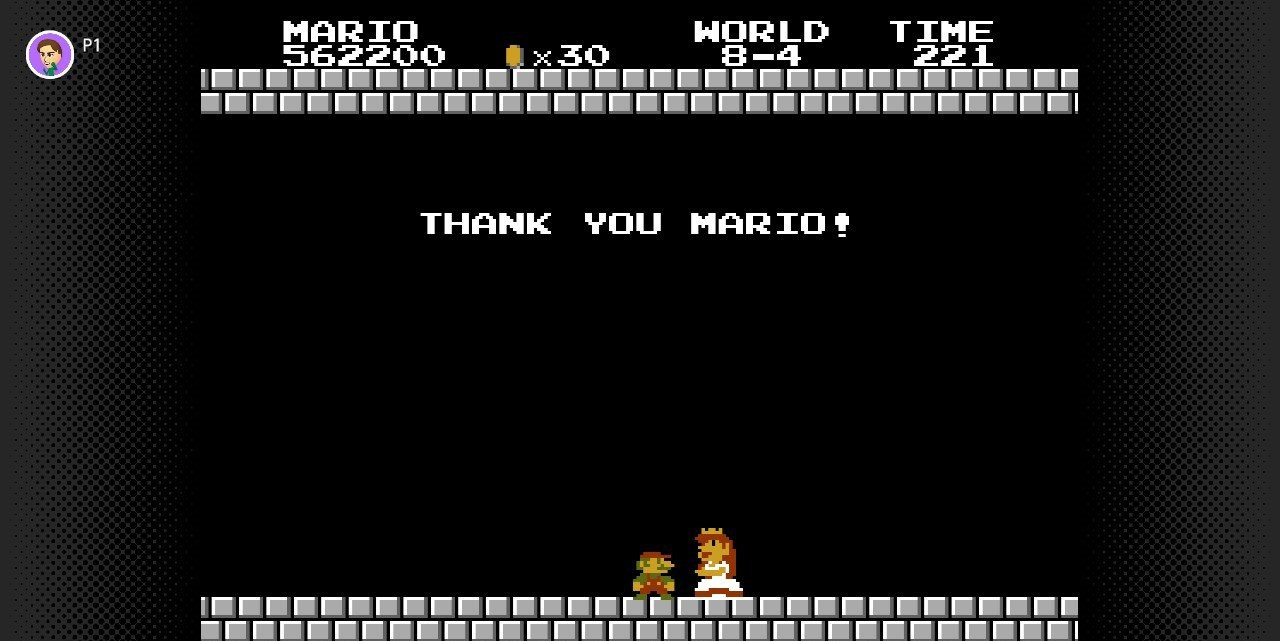 Over the last few weeks, I’ve had an itch to replay the Mario games, starting with Super Mario Bros. There’s just something about the Mario games that hits home unlike any other series. They bring back some of my earliest gaming memories. In fact, Super Mario Bros. was one of—if not the—first games I ever played, and I couldn’t resist revisiting the title when it came bundled within the release of the Nintendo Switch Online service.

Nintendo Switch Online has gotten a lot of flack for a variety of reasons. Some users think the service isn’t robust enough, especially compared to PlayStation and Xbox’s offerings, while others have already blown through the library of NES games coming with the service. Those points are valid, and I also wish there was voice chat included without a peripheral app, but $20 a year is a fair price (for me), and I feel like I’ve already gotten my money’s worth from the library of NES games. After all, the service allowed me to scratch that itch of replaying Super Mario Bros. and Super Mario Bros. 3, so I’m satisfied!

For some, replaying old games may not be appealing, but I felt like it was time to revisit these classics. And the experience was more rewarding than I expected.

Booting up Super Mario Bros. always triggers an immediate emotional response for me. As soon as I see World 1-1, I remember my old Duck Hunt/Super Mario Bros. combo cartridge and how it never worked on the first try. It always needed a dry puff of air before I carefully reinserted into the NES.

If that didn’t work, I’d fall into a zen-like state to calculate the perfect mathematical angle for the cartridge to reenter the system. Once that moment of opportunity presented itself, I’d shove it in and flip the switch, praying to the video game gods it would work. Kids have it easy nowadays! All it takes is a few pushes of the A button on the Nintendo Switch to activate the game without fail.

The second wave of nostalgia hits whenever I hear the music. The soundtrack has some of the most iconic video game music of all time, and it always puts me in a better mood. It’s the type of music that transports you to a time and place, allowing you to relive a feeling of happiness from your childhood. Personally, the music reminds me of playing video games with my little brother on the couch, trading off as Mario and Luigi as we explored the Mushroom Kingdom together.

It’s just amazing how much they got right with this game, in a time when the video game industry was still very young—and on the precipice of disappearing entirely. Mario swooped in with an excellent soundtrack, charming visuals, and first-class level design to save the industry. Today, the game still feels as good and fun as it did when I was a kid, showing its timelessness. I felt all these sensations playing through just the first level alone, and they didn’t fade as I worked my way to save the princess!

What keeps players coming back to a game? If you boot up a game and play it for an hour or two, what do you need to experience to convince you to turn it on again and continue playing later?

Everyone will have a different answer to that question, but for me, I love feeling a sense of discovery. I’m an Explorer, so naturally, I search each and every level within a game to see what I can find. I’m like a kid flipping over rocks to reveal the bugs underneath: When I discover something hidden, I’m instantly intrigued and determined to dig up more secrets. And Super Mario Bros. absolutely delivers on this front.

Can you remember the first time you jumped into the air and hit a hidden block in a Mario game? I certainly do. To me, it felt like a lightbulb clicking on in my head, as I realized there was another layer to this game I wasn’t even aware of. It made me think: What other secrets were out there? Sometimes, I would just run around levels, jumping maniacally to see if I bumped into something.

Even going down pipes is exciting, because you never know where you’ll end up. We’ve all tested pipes, sometimes to our own detriment, to see if it brought Mario somewhere new. Why? Because we can’t resist the adrenaline of discovery. Super Mario Bros. practically pioneered the tradition of hiding things within video games, and now, gamers are disappointed when they don’t find any secrets in a game. They’ve even carried this tradition to their newest title, Super Mario Odyssey, which rewards the player for exploring each and every pixel of the game.

Feeling the Rush of a Solid Run

Once you get into a rhythm, playing a platformer like Super Mario Bros. feels amazing. Returning to the game after so many years, it took a bit to warm up to the controls again, but man, as soon as I was back into that familiar flow, I flew through levels.

Nintendo does a great job of making the Mario games challenging but not too challenging. After the release of Super Mario Maker, it became clear how easy it is to make really difficult levels, but a super-hard level is very different than a challenging—but fun—level. This is where Shigeru Miyamoto’s game design skills are most apparent: He developed the perfect difficulty curve for Super Mario Bros.

When you start World 1-1, the progression is as natural as it can get. You learn how to play the game as you go, and as you learn, you get better at the game. First, you’re just stomping one Goomba. Next thing you know, you’re threading the needle between Hammer Bros. deadly hammer tosses with ease:

The learning and difficulty curve is why I believe Super Mario Bros. is so accessible. The challenge never feels impossible, even to the most casual of gamers. But there’s enough challenge to keep hardcore gamers engaged. And I don’t care who you are: When you hit a miraculous run, it feels amazing—like you’re the best gamer in existence (even if luck plays a major part in it!). I still don’t know how I pulled off this run:

I’m not sure how others feel when they reach the Bowser fight in each world, but my hands always get a little sweaty. Even though the “fight” can end in a flash, there’s something nerve-wracking about the buildup.

As Mario races through the claustrophobic silver-stone castle, bouts of flame shoot up vertically from lava pits and horizontally from the mouth of Bowser himself. The atmosphere feels suffocating, and as a player, I felt an urgent need to barrel through these levels to finish them as soon as possible and get back to those colorful landscapes outside the castle. And don’t even get me started on the puzzle levels, like World 7-4. Those are truly terrifying as you race against the clock!

But nothing beats the satisfaction of knocking the bridge down and catapulting Bowser to his doom.

Working my way through Super Mario Bros. for the umpteenth time was an absolute blast. All those hours I spent playing the game when I was a kid really helped me breeze through it in a single afternoon this time around, and it felt incredibly satisfying.

Beyond the pure fun of the game, I found myself able to appreciate the game’s incredible design and attention to detail. It deserves all the praise and will forever be the foundation the game industry stands on today. If you haven’t played it or feel like revisiting it, I highly recommend doing so—you won’t be disappointed!

Do you have any fond memories playing Super Mario Bros.? Feel free to share your story in the comments! And stayed tuned for my follow-up piece on Super Mario Bros. 3, coming soon to Couch Bandits.