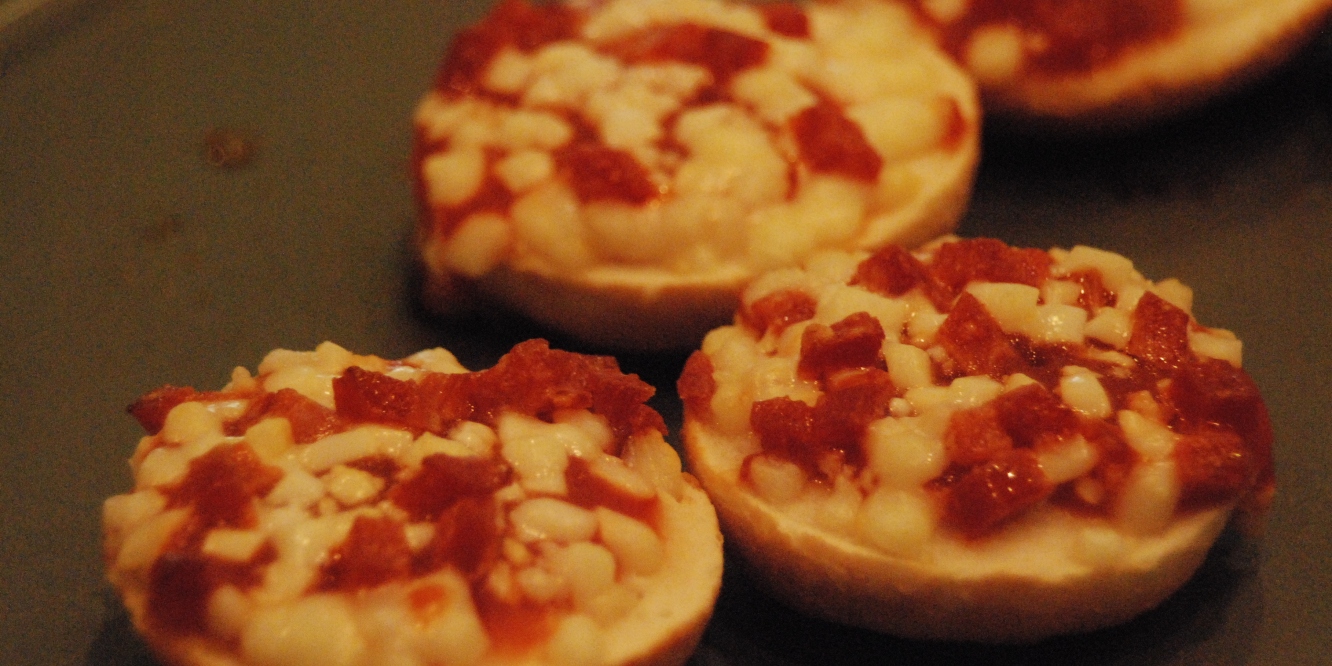 One fateful Saturday night, my girlfriend Jamie and I decided to hit the town for a dinner date. We geared up in layers of warm clothing and trudged out into the wintery evening, but we soon realized our mistake—the chill air was driving other diners indoors, and we failed to plan ahead and make reservations.

Desperately, we searched for a restaurant with openings. First, we tried the Mexican joint down the road, but a line wrapped around the lobby entrance. “At least an hour and fifteen minute wait,” they mocked.

Then, we walked over to the French restaurant, but they, too, denied us entry. Next up, we hit the pizza place a few blocks over, yet as we approached, we knew it wasn’t meant to be—the windows were steamed up with the number of people inside happily eating pizza slices and laughing at those foolish enough to not make reservations.

The night went on, and we desperately continued our search, but the temperatures were dropping fast. The windchill picked up, biting into our necks through our scarves, and I could see my girlfriend’s expression growing tighter. I didn’t have long before things went south. I started to sweat despite the cold; my eyes frantically darting from building to building, searching for a place to eat.

And then, just when all seemed lost, a beacon shone in the distance: the grocery store. What’s more romantic than a homemade meal shared over candlelight? I brought up this idea and suggested we pick up some ingredients and head home—if no restaurant wanted us, we’d make our own meal! My girlfriend obliged, and so, we entered the supermarket and began perusing the shelves.

“Should we whip up an authentic Italian pasta dish, sprinkled with Parmesan cheese?” I asked.

“Maybe we could do fresh-made tacos with a side of chips and guac?” Jamie said.

As we listed off options, it became clear there were almost too many options—we went from no options to a surplus! Our dinner dance seemed like it would never end, but then, a second beacon shone from the freezer section. A big red cardboard box glowed bright behind the frosted glass. I ran forward and wiped my sleeve over the condensation to see inside.

My god, it was beautiful: a giant box of Bagel Bites—forty, to be exact. I turned to my girlfriend, and our eyes met immediately. Were we really about to do this?

We grabbed the box, checked out, and headed home. As soon as we got back, I pre-heated the oven and decorated a baking sheet with all forty Bagel Bites. Tonight, we would eat like mini-pizza kings!

By this point, our stomachs were growling, aching for sustenance. We turned on the oven light and watched as the freezer burn melted and the cheese began to bubble. The soggy, doughy shells of the mini-bagels browned and crisped, and the dull colors of the frozen toppings brightened and glistened in the oven. I even cracked the oven door open once to breathe in a full waft of marinara and cheese—the most perfect combination to ever exist in the world of mini-pizza bagels.

My girlfriend and I were practically drooling when we heard the chime of the timer go off. Even though it only took ten minutes to cook, it felt like an eternity. We tried to wait for the Bagel Bites to cool, but the anticipation was too much—I grabbed a bagel bite and recoiled. It was scalding hot.

Determined, I went in for another, pinching a bagel and throwing it into my mouth for minimal finger contact. But foolishly, I didn’t think about the insides of my mouth, which immediately lit on fire. I chewed frantically and swallowed, like I was eating an ember straight out of the fireplace. While all the skin on the roof of my mouth was gone, it was totally worth it.

Together, we shoveled down bagel bite after bagel bite, until all forty were vanquished. It only took a handful of minutes. Satiated and bloated, we relaxed on the couch, and while the Bagel Bites would come back full force on the toilet later that night, it was absolute serenity in the moment.

Disclaimer: This post is not sponsored, and we do not recommend eating forty Bagel Bites in one sitting unless you want instant diarrhea, five times the amount of calories you should eat in a day, and a few hours of stomach pain.

A memento from that night: 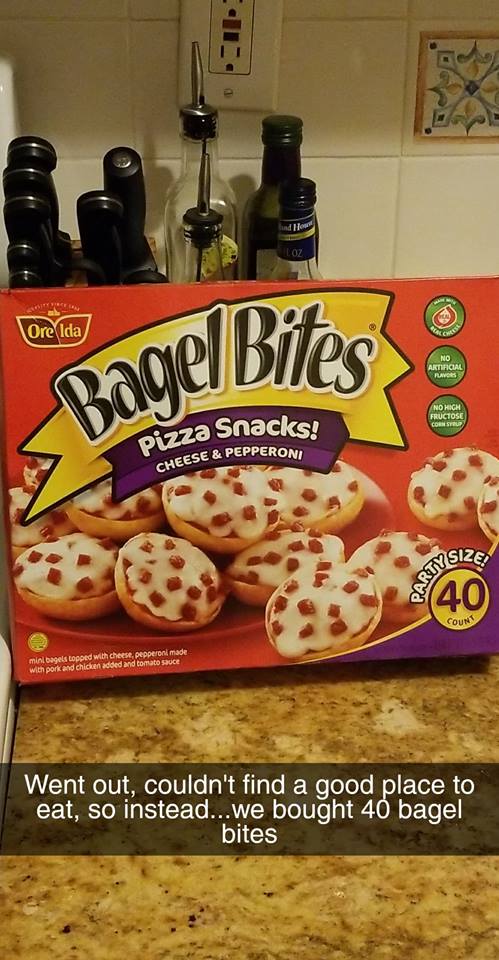