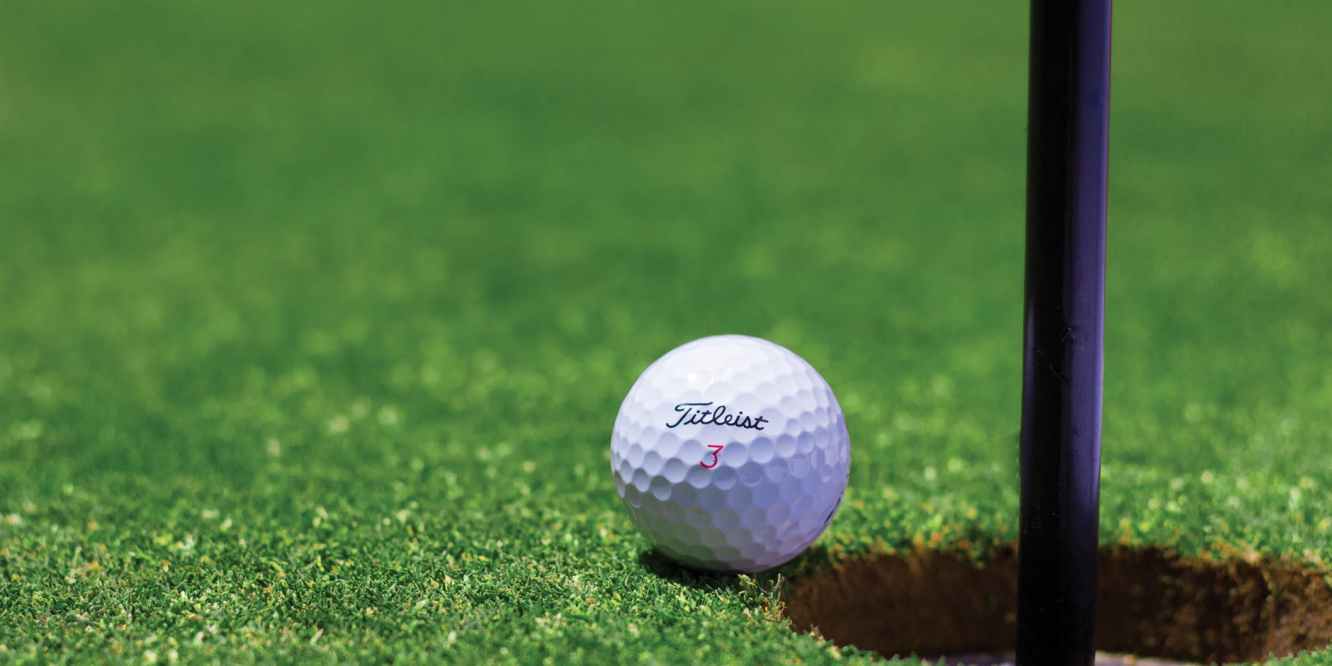 I’ve never been much of a sports guy. A fact that comes as a surprise to exactly no one. So then, why am I addicted to golf games?

I don’t know. I really don’t, but there must be something there—a perfect combination of inputs that trigger something in the brain or a distinct joy in solving the challenge of calculating and predicting the winds just right so the ball sinks in the hole on the first shot. Whatever the reason, it’s worth exploring, and I can’t lie to myself anymore. No matter how paradoxical it sounds: I don’t like golf, but I love golf games!

It seems only natural to explore this love of golf video games by taking a look at some of my favorites. While they all focus on the same sport, each game proves unique by adding a twist that distinguishes them from the rest, and that’s why these games stand at the top.

It’s been a few years since I last played Outlaw Golf, but the fact I remember this game goes to show it’s not another forgettable golf title. Right from the cover art, you can recognize this isn’t your average golf game—the characters are wild and crazy, everything is over the top, and it pushes the limits of absurdity, both in golf and gaming. Whether or not that absurdity goes too far is a matter of opinion, but the game is a lot of fun.

In your typical golf game, when you feel frustrated after hitting your third bogey in a row, you just suck it up and carry on to the next hole. But in Outlaw Golf, your characters feel the same frustration as you do in real life—so much so it affects the quality of their play. The more you mess up, the worse your avatar gets at swinging the club and adding the right amount of finesse. But don’t worry, you can always take out your anger on your caddy, either through emotional or physical abuse (don’t try this at home, kids).

And who can forget the most controversial feature in Outlaw Golf: the option to call a Mulligan on every shot.

No, including GTA V was not a mistake. GTA V is known for many of its ambitious features, like the massive and incredibly detailed open world, its three main characters you swap between as you play through the main story, and the always fun rampages you can go on—but golfing isn’t usually included in that list of impressive features.

But why not? The golfing in that game is incredibly fun, and it deserves a moment in the spotlight. It’s essentially a fully fleshed out game-within-a-game. The control scheme works really well with the golf club, and the courses are simple but fun to play through—but you’re not even confined to playing on a course. Tee up on a roof and swing away!

GTA V also has an amazingly dynamic world, so when it rains while you’re trying to golf, puddles will actually form on the golf course. It’s these little touches of realism and attention to detail that make this game so special. And once you’ve chilled out after a relaxing game of golf, you can dive right back into the fun of Grand Theft Auto by hitching a ride on a golf cart and ramming into as many innocent pedestrians as you want.

I grew up loving Mario Golf on N64. At the time, it felt like the most robust golf game I could imagine—and you could play as your favorite characters from the Mario franchise. As always, the game had that undeniable Nintendo polish, with layers of complexity hidden behind the simplicity of the actual gameplay. This is a game anyone could pick up and start playing with ease, but for hardcore players, it offered the challenge of fine-tuning shots based on wind direction and a variety of other factors.

Mario Golf was followed up by two equally satisfying entries in the series: Mario Golf: Toadstool Tour on Gamecube and Mario Golf: World Tour on 3DS. I have fond memories playing the former with my brother growing up, and the latter served as a more recent reminder of the joy of the Mario Golf games. While not as maddeningly frustrating as Mario Party, these games provide a decent challenge, and as with most Mario sports games, they’re also a ton of fun.

The series is also responsible for the greatest golf sound clip in existence: “Nice Shot!”

While Mario Golf lets you play as your favorite characters, Kirby’s Dream Course allows you to literally be the ball as your favorite lovable pink puff: Kirby. That alone distinguishes it from the other golf games out there, but this game was far ahead of its time. The mechanics are the definition of unique, and the classic Kirby series’ enemies and power-ups add a welcome flair to the gameplay.

The soundtrack, as with all Kirby games, is a delight, and there’s almost no other competitive game that’s equally as soothing and relaxing as Kirby’s Dream Course. This game is just a fun time, with enough twists thrown in to keep you and your friends happy. Notably, this game came packaged with the mini Super NES Classic Edition system. If you’re looking for a super enjoyable but mellow golf game, this is the one for you.

Here at the Couch Bandits, we’re also big fans of the Game Grumps, and their fans actually recreated Kirby’s Dream Course and developed entirely new stages based on the Grumps. If you’re curious, you can check it out here:

I absolutely love Golf Story. Developed by Sidebar Games, this game is a small indie title that found an audience on the Nintendo Switch. When I first saw the pixel art, I was hypnotized—I had just come off an 80-hour binge of Stardew Valley and needed more SNES-style games to play. Golf Story was the perfect antidote.

It’s described as a golfing RPG, and it truly takes that name into account in every aspect. The story follows a recently divorced young man who dreamed of being a pro golfer when he was a kid. After returning to the golf course, he meets a ton of characters, each with unique personalities. Their humor is bitingly sarcastic, which I didn’t expect going in, but it makes for a unique experience nonetheless.

As you work to become the best of the best on the official golf courses, you can also play a variety of mini games strewn throughout the world, and there are plenty of secrets to unearth. For instance, if you’re walking around town and you see a hole in the distance, try throwing down a ball and aiming for it. If you land in the hole, you might hear a switch unlock nearby or solve a quest a nearby townsperson needed help with.

If you’re not interested in all that, you can just play the versus mode or work your way through the tournaments, like a normal golf game, but exploring the maps and everything they have to offer—from disc golf to the wondrous Galf—makes this game special. It’s a golfing experience like none other, and I can’t do it justice here. Try it out for yourself!

There are plenty of other great golf games out there, like the golfing in Wii Sports, Ribbit King, and countless others, but these five games will always have a special place in my gaming heart. I even go back to them occasionally and play a nice relaxing round on the back nine.

What I don’t do is go outside and play an actual round of golf, because that is the opposite of fun. But that’s what these games do so well: They make golfing look and feel easier than it is in real life—turning a boring sport into a fun time.

What games do you think we missed? Share your favorite golfing games in the comments below!

2 Replies to “Why I’m Addicted to Golf Games”