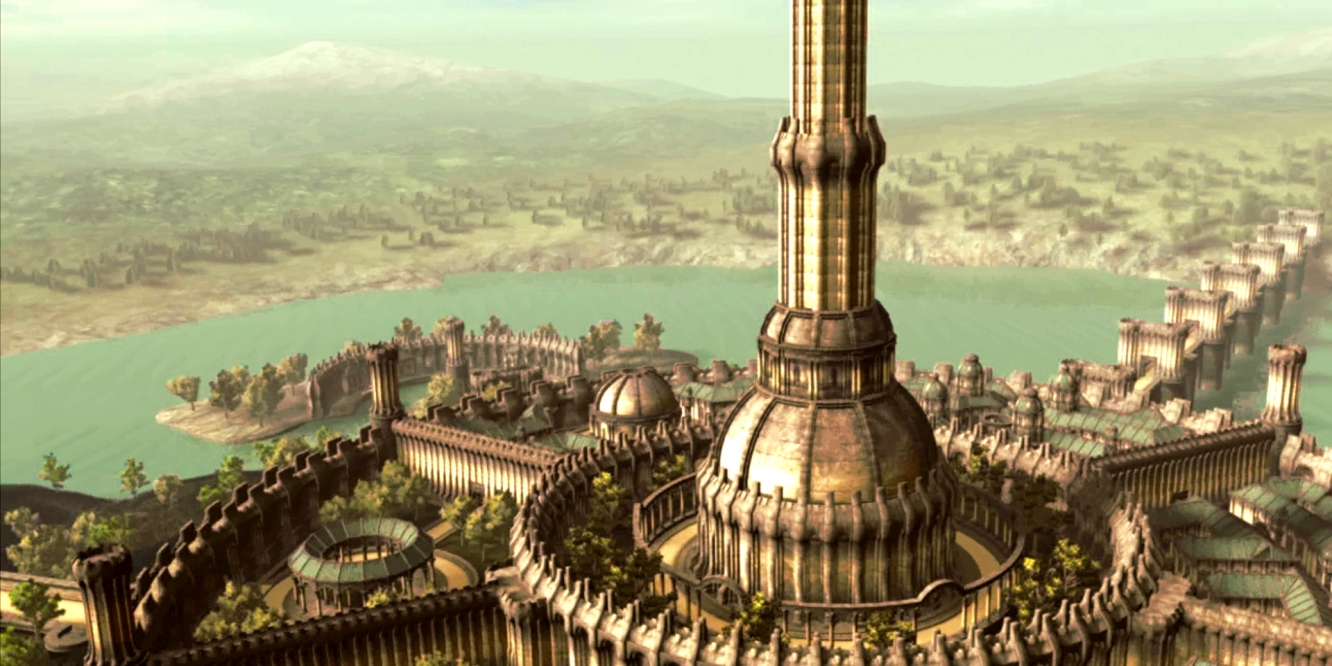 Do you remember the first time you left the Imperial Sewers? What about the feeling that washed over you when you set your gaze upon Cyrodiil for the first time?

I remember it well—and I still feel a small sense of that feeling each time I revisit The Elder Scrolls IV: Oblivion. I’m not sure how many hours I’ve logged into Oblivion over the decade I’ve been playing it, but I’d estimate it’s somewhere in the neighborhood of 200 billion hours. I’ve played the game on both PC and console all the way through multiple times, and yet, I can never stop myself from returning to it every year.

I know all the quests and even a large chunk of the game’s voice work by heart at this point, but even so, the game retains its ability to astonish me time and time again. It’s a curious feeling, and one that I am not alone in experiencing. Oblivion is a bonafide classic in the world of gaming today, and it’s destined to go down in history as one of the most innovative and iconic RPGs of all time.

I found myself returning to the game earlier this year, and it got me wondering just what it is about Oblivion that pulls players back in. Playing through the entire game for my umpteenth time allowed me to pay close attention to all the small elements that filled my heart to the brim with joy and fulfillment. Now, come with me on a journey to understand the brilliance behind one of the best games ever made.

The World of Oblivion

The shining star of Oblivion is its world. Cyrodiil was absolutely breathtaking at the time of the game’s release, but even today, it’s impressive. Never before has a game so gloriously captured the spirit and atmosphere of a magical, fantastical realm.

When you exit the Imperial Sewers and enter the Imperial City for the first time, you feel as if you’re in a dream. The buildings, the shops, the citizens, and all the fine details in between are lovingly crafted and developed. The cities of Oblivion feel distinct and alive, bursting with color and life, and each major city in Cyrodiil is given its own identity and architectural aesthetic. This helps envelope and immerse you in the environment. 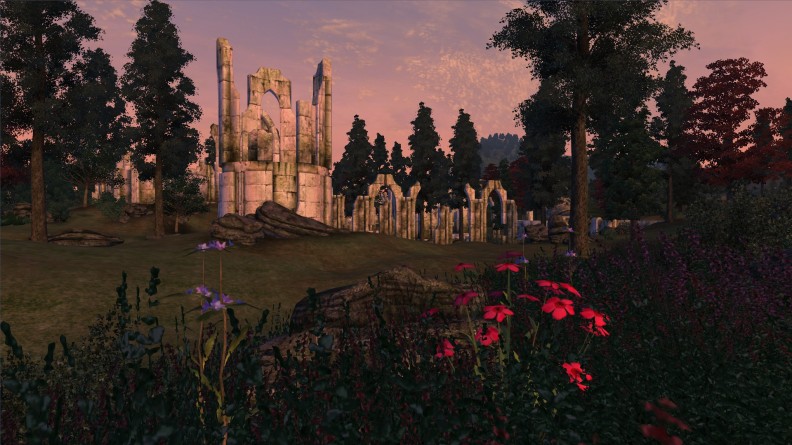 As the years go by and the game continues to age, I keep expecting myself to be less impressed with its visuals, but I find myself continuously enthralled with the world of Cyrodiil in a way I’ve never felt before when playing any other fantasy RPG.

There’s a warmth to the natural environments that makes you want to stay awhile and enjoy the ambience. When you grow tired of combat, take a midnight stroll through the rolling fields, and gaze up at the larger-than-life moon under the glow of the radiant stars.

When I first began to play the game, I would just wander, not knowing what to do or where to go; and yet, I didn’t mind at all. I was completely content to drift and just exist, wrapped inside Tamriel. The dreamy music further elevates these emotions, and even though you’re aware you’re playing an offline single-player game, you never feel alone. This is the magic of the world of Oblivion. The landscapes instill wonder and images of secrets and treasures to discover—and this ambience prompts you to explore. 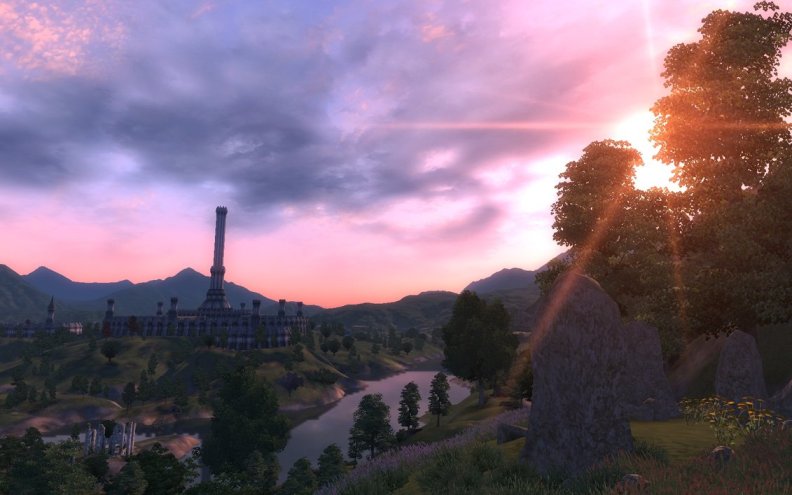 The game proves to be a master of moods beneath the surface, as well. Oblivion‘s dungeons are brimming with life, coupled with a dark and dangerous vibe. Lit beautifully in shades of blues and greens, loaded with traps and perilous challenges, the dungeons of Cyrodiil are expertly crafted and designed. The dungeons act as a testimony to the game’s tonal and stylistic range and speak volumes to the level of attention to detail at work. 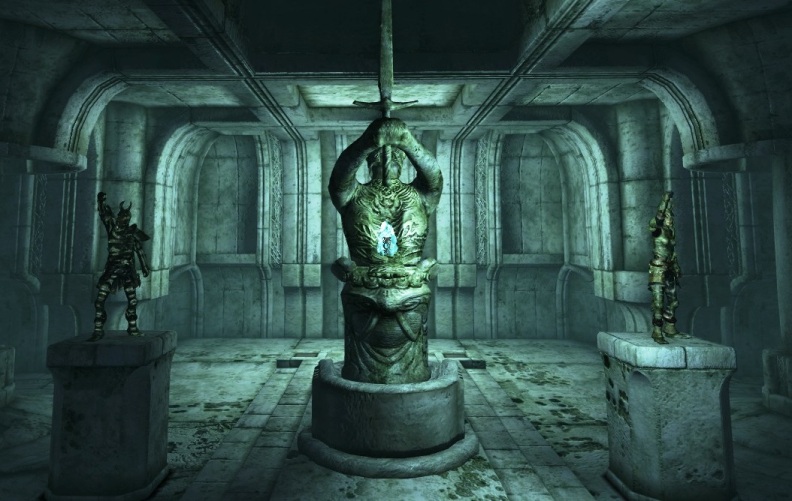 In spite of the game’s age, the world of Oblivion still feels more diverse and expressive than that of its successor, The Elder Scrolls V: Skyrim (in my personal opinion). Maybe it’s just the geological differences between Cyrodiil and Skyrim, but I often find myself more enamored with the many shades and colors of Oblivion.

The AI of Oblivion

It’s buggy, it’s all voiced by the same handful of people, and yet, the charm never ceases to work its way into your heart. The AI of Oblivion was considered revolutionary in its day: Every NPC was given a working schedule and day-to-day routine to follow. Bethesda would go on to improve and perfect this system for future games, but the NPCs of Oblivion remain fan favorites in terms of their hilarious dialogue and delivery. I have yet to meet an avid gamer who doesn’t crack a smile at the sound of:

This type of AI was the first of its kind and suffered some growing pains in result; though all in all, the writing and voice acting save the often-buggy NPCs and preserve their status as one of the most memorable aspects of the game. You’ll be hard-pressed to find someone who’s played the game and doesn’t remember Lucien Lachance or Glarthir. In a world so large, with so many NPCs inhabiting it, it seems difficult to make too many standout characters, but Oblivion is full of them.

The Story of Oblivion

The Elder Scrolls franchise boasts some of the best main storylines of any fantasy RPG series. Oblivion’s is especially epic, as you investigate the mysterious Mythic Dawn cult and its elusive leader, Mankar Camoran. I’ve always believed a story is only as good as its villain, and Camoran is one of the best. Wonderfully voiced by renowned actor Terence Stamp (Superman, The Hit, Wall Street), Camoran represents everything a great villain should be: intimidating, alluring, relatable, and more.

What the Mythic Dawn preaches doesn’t exactly sound crazy, either; the player may find themselves agreeing with many of the crucial tenets to the cult’s beliefs. By worshipping a higher but dark and dangerous power, those who follow the cult’s beliefs will be taken to a serene Paradise, where they will be converted into beings of a higher divinity.

As is the case with most Daedric cults, Camoran and his cronies turn out to be horribly evil, of course. But the amazing journey of the main quest carries you through the barren wastelands that are the planes of Oblivion and winds its way through Tamriel, eventually taking the player to Camoran’s Paradise, which acts as the backdrop for the final showdown. It’s such a satisfying and epic finale—it’s the cherry on top of the perfect fantasy RPG sundae.

By the end of the game you truly feel as if you’ve experienced a lifetime in Cyrodiil, if only because of all the people you’ve met, creatures you’ve killed, allies you’ve fought beside, and foes you’ve toppled. It’s this warm and welcoming experience we seek out time and time again.

There are so many stories in Oblivion; so many unique, masterfully crafted narratives that give the game heart and life. The first time you play through it, you’ll feel amazed and astounded—and when you return, you’ll find the familiar streets, shops, and age-old sense of adventure waiting for you.

2 Replies to “Why We Keep Coming Back to Oblivion”