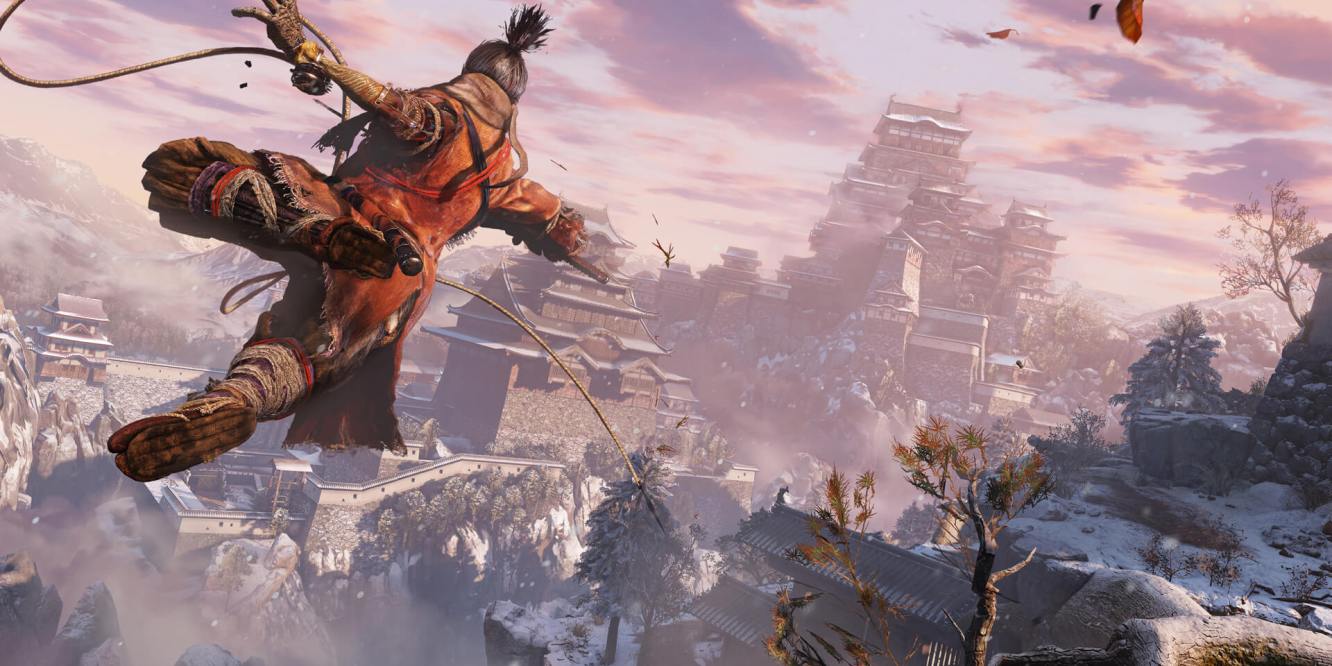 I’m a huge fan of Dark Souls and Bloodborne, so when FromSoftware revealed their newest IP, Sekiro: Shadows Die Twice, I was thrilled. If there’s anything I like more than a medieval setting, like in Dark Souls, it’s feudal Japan.

While excited, I didn’t want to get too hyped—after all, how many times can lightning strike in the same place? But FromSoft has done the impossible before, and it looks like they’re set to do it again with this new game, especially after seeing their demo at this year’s gamescom.

Now, we all know a demo doesn’t equate to the final product. The team essentially finished and polished only one piece of the game, and 7 months is a long time until we see the full release, but I’m putting my faith in FromSoft. There’s so much to be excited about, so without further ado, let’s dive in.

Compared to previous Soulsborne games, Sekiro has quite a few differences. In this game, FromSoft has made it clear you won’t be able to equip various pieces of armor, choose different weapons, or customize your character model. While that might seem strange, this game is focused on the story of the “one-armed wolf,” a disgraced and disfigured warrior who aims to regain his honor by hunting down those who captured a young lord he’s been charged to protect. Nothing will stop him in his quest for vengeance, and it’s this character-driven narrative that explains why you can’t alter your character model. This approach isn’t necessarily bad—it’s just different than what most Soulsborne fans are used to, so it’s better to go in prepared for a change!

When it comes to weapons, the one-armed wolf uses a combination of his blade and his left arm’s prosthetic. This prosthetic tool introduces a host of abilities you can take advantage of, like grappling. Throughout the game, it seems you’ll collect upgrades you can attach to the prosthetic, including a retractable ax, a collapsible shield, and more.

Stamina is also noticeably lacking in Sekiro. Instead, you manage “posture.” All enemies have posture—if you force an opponent’s posture to its breaking point, they’ll take a devastating critical hit. If an enemy breaks your posture, you get knocked to the floor. Blocking also factors into the equation here: You can block attacks and even parry an enemy’s attack if you time the block just right. That said, certain attacks can’t be blocked at all, so you’ll have to rely on dodging or jumping—another new mechanic.

Experience the Freedom of Jumping and Grappling

Yes, in Sekiro: Shadows Die Twice, you can jump headlong over your opponents, propel off walls, and grapple to the nearest rooftop. As you can imagine, this will vastly change the gameplay, especially with no stamina to worry about. In previous Soulsborne games, each area guided you along a predetermined track, but now, you can explore each area as you please. Don’t feel like fighting an enemy? Sprint up to them, leap into the air, and grapple to safety.

Dark Souls in particular is known for its vertical level design. You climb up to the top of a tower, fall back down, and explore every crevice imaginable. But Sekiro looks to reinvent vertical movement entirely. You’ll be able to strategically plan an attack from the higher ground and crush your enemies before they even realize what’s happening. It’s going to add a unique, fresh style to the gameplay.

Enhancing this new approach to combat is fast recovery times. With each new game from FromSoft, we see an increase in speed. Dark Souls focused on tactical defensive reactions; Bloodborne emphasized offense; and Sekiro looks to encourage quick-thinking and mobility. You can dodge, leap into the air, and attack in a fluid motion to bring your opponent to their knees—one right after the other. Most attacks won’t leave you reeling; instead, you’ll be able to jump back to your feet and immediately keep the action flowing.

Evade Death at Every Turn

What makes Sekiro truly unique is its resurrection system. If you die in battle, you can come back to life and keep fighting as if nothing happened. It seems this ability can be triggered more than once—if you come back and immediately do a ton of damage to an enemy, you can earn back the ability to resurrect a second time. Repeat the process, and you could prove immortal, though it is unclear how many times you can come back; I wouldn’t be surprised if the developers limited it in some way.

Stealth will also play a major role in Sekiro. There’s been a small degree of stealth in past Soulsborne games, but in Sekiro: Shadows Die Twice, you can sneak in tall grass and launch attacks on unsuspecting enemies. This will add another component to combat—this game is shaping up to be more complex than any previous title from FromSoft.

All in all, we are beyond excited to try this game out in a few months. Let’s all cross our fingers and hope it doesn’t get delayed, because I need this game in my life ASAP!

Sekiro: Shadows Die Twice releases on Xbox One, PS4, and PC on March 22, 2019. Are you as excited to try it out as we are? Let us know in the comments.